The Singing Bridge: “Built to Break the Worms’ Teeth” 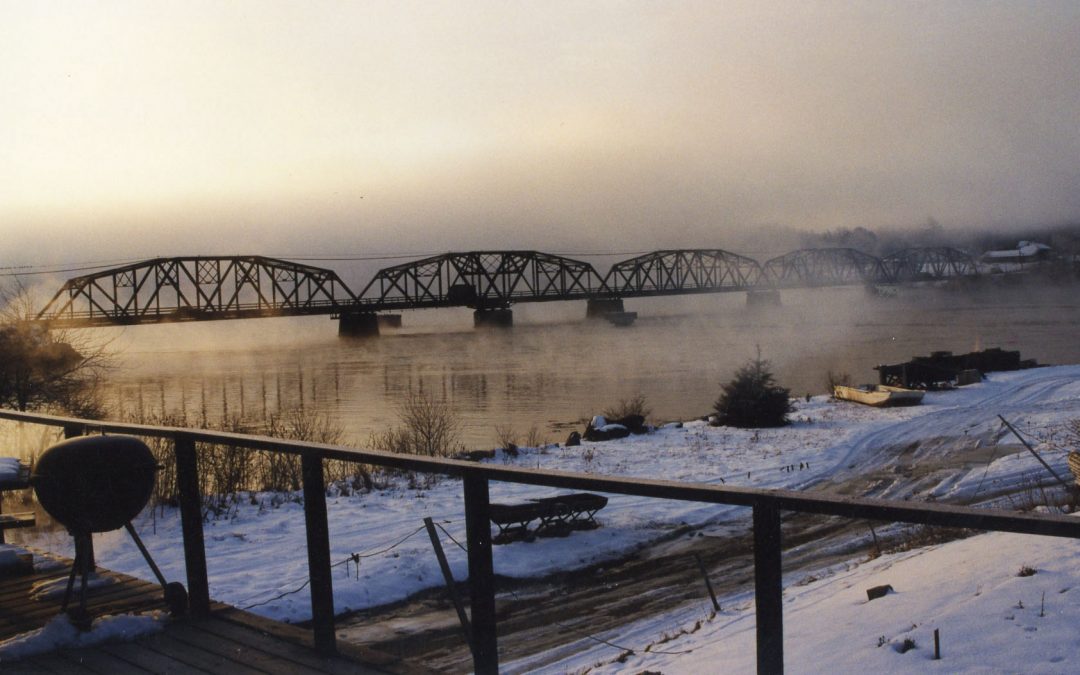 Why was the Singing Bridge built to ‘break the worms’ teeth?'”
It makes sense if you know the story of the first bridge that spanned the Taunton River between Hancock and Sullivan. Built in the 1820s, the Sargent Bridge fell victim to teredos, also known as “shipworms.” Microscopic teeth worked away at the wooden structure until an ice flow took the bridge out completely just a few years after its construction. About 25 years after the Sargent Bridge collapsed, a second bridge was started but never completed. The next bridge that spanned the Taunton River was dedicated on May 1, 1926. According to legend, an oldster familiar with the history of the first wooden bridge took one look at the steel and concrete structure and famously announced, “This one will break the worms’ teeth.”
Read the full newspaper article by Jonas Crane of Winter Harbor. Published in the 1950s or 1960s.