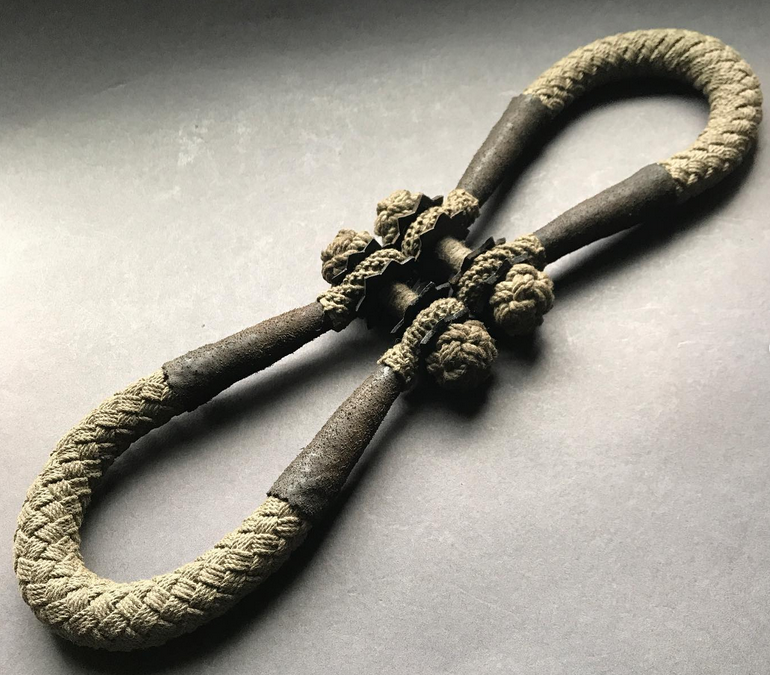 We welcome you to join us via Zoom for the first in our Winter 2023 History Hour series on January 18th at 7pm. Our featured guest will be Tim Whitten, one of the world’s few remaining experts on marlinespike, which is the maritime art of rope work and knots. Tim is the owner of Marlinespike Chandlery in Stonington and will share his story of how he came to learn his craft as well as the history of it. He will also demonstrate examples of his work and the tools used.

Knot work is familiar to anyone who sails, but with the advent of new fasteners in the modern age, the intricate art of knots and ropes as used in marlinespike is a relic of the past – especially at the level of Tim’s fancy marlinespike seamanship. Tim was a 2021 recipient of the Maine Arts Commission Belvedere Craft Fellowship Award and his work has been featured around the globe.

Here is the link for the Zoom presentation: 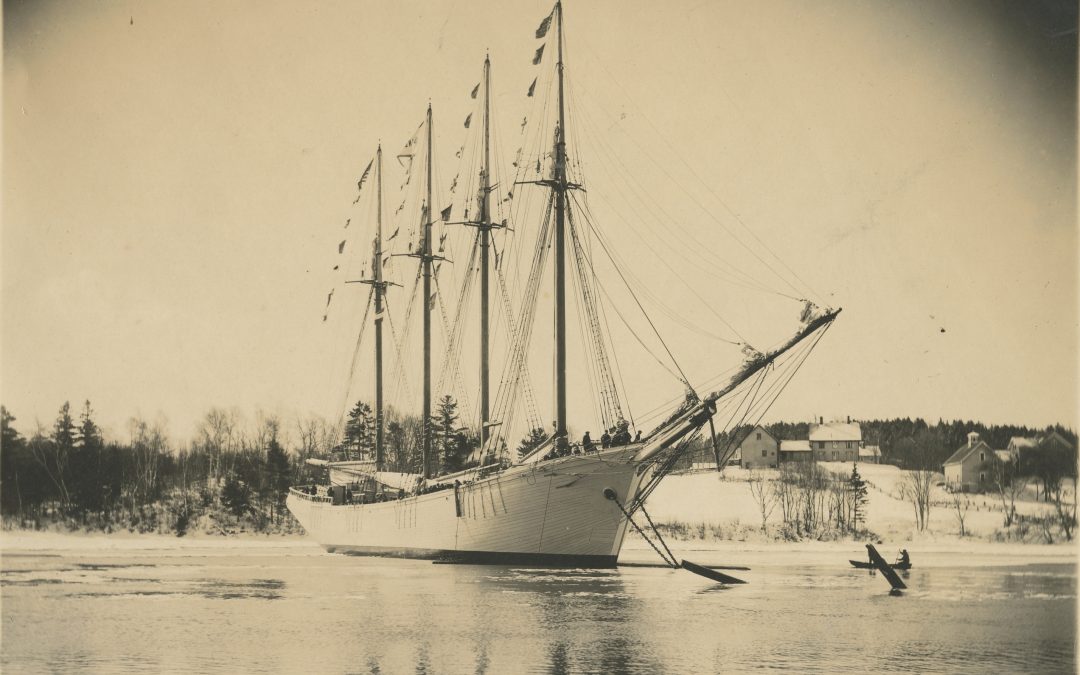 When a new boat is built and christened, it is generally a happy time for all involved.

But in the case of the Spindrift, no one could have expected it to truly live up to its name! The boat was built in the Machias River in the winter of 1918 with Sullivan to be her home port under Captain Mitchell of Milbridge. Her inaugural trip in March of 1919 was to be a simple one to Halifax to pick up a load of lumber, with a partial crew of 9. The names we know to be on the crew were Clarence, Howard and Leonard Martin, Alfred and Ott Preble, and E.E. and Jessie Bragdon. Years later, Clarence Martin would give a detailed account of what happened on that fateful maiden voyage.

To start, the ship wasn’t loaded with much ballast as it was thought the trip would be short and sweet. On board there was enough bread and coffee for the four days expected. However, after one full day in the Bay of Fundy, a great gale struck and carried the Spindrift with it. The ship, being lightweight and bobbing like a cork over the water, was at the mercy of the wind, and on the high seas, the planks began to loosen. The crew focused on keeping the ship afloat as the gale blew her further and further off course.

Out of food, some of the boys wanted to try their luck on a lifeboat but were persuaded by the others that the rough seas would swallow them up. After a couple of weeks, there was a lull in the weather, and a Patagonian ship passing by gave them some beef and flour, but it wasn’t enough. The drinking water they had on board went bad and sickened all of the men. 32 days later, when the winds finally eased up, the men found themselves in the Azores – on the other side of the Atlantic!

There, they were given enough victuals and a course for Nassau, with the ship barely making the trip. The crew spent a month there while repairs were done, and then were sent to Jacksonville, Florida, where the Spindrift and its crew were sent by train up the East Coast back to Maine. Amazingly, none of the crew perished in their ordeal, but the experience did turn a few of them off to mariner life for good. As for the Spindrift, it made one more trip – to deliver a load of lumber to Puerto Rico – but sprang a leak on the way back and sank off Norfolk, VA, bringing an end to the short career of the ship built in Machias. 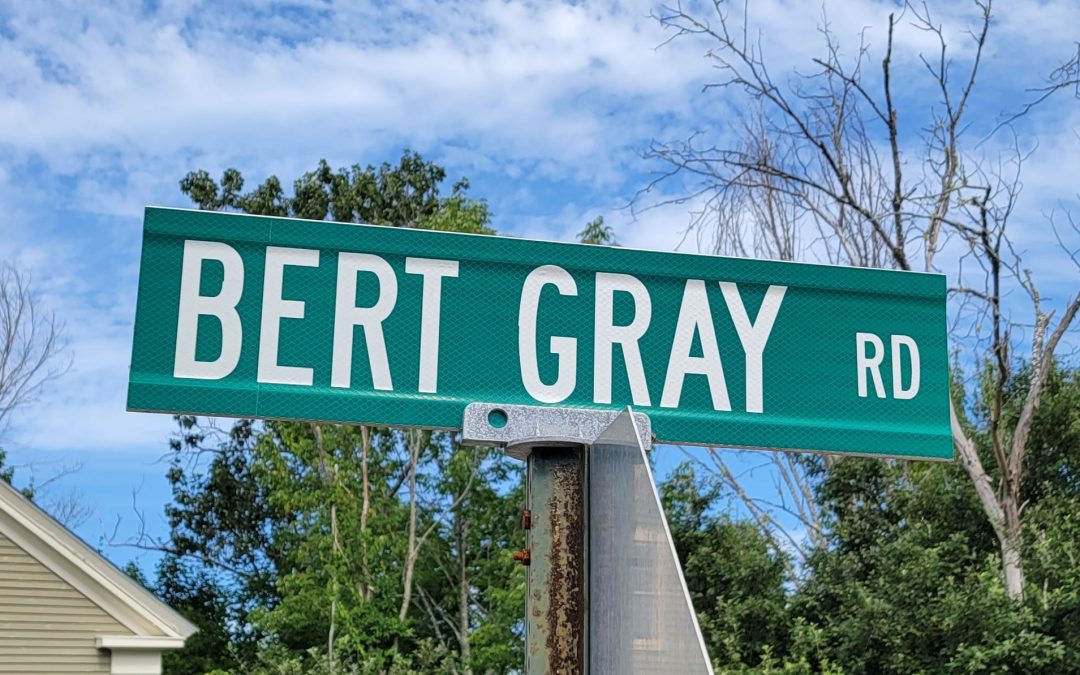 How Did the Bert Gray Road Get Its Name?

Have you ever wondered who how the Bert Gray Road got its name?

The Bert Gray Road (Route 200) was previously known as the Franklin Road, or the Franklin Woods Road. This route was established many generations ago, and historically only a handful of families lived along it. This included a branch of the Simpson family – specifically Richard Simpson (1791-1858) and his wife Lovisa Wooster Simpson (1799-1888). Both were born in Sullivan and spent their lives on a farm here. They had three children: Albert (1820-1873), Eliza (1823-1896), and David Aaron (1825-1915).  All three spent their lives on the farm, never marrying. Eliza was a schoolteacher. Aaron, the name he preferred, served in the Civil War with Maine Company A, Coast Guard Infantry alongside the Vice President, Hannibal Hamlin!

He returned from the war intact and ran the family farm for many years. He’d outlived his family and as he grew older, found himself in need of help. So around 1900, Aaron Simpson had his friend Albert Stephen Gray move his family in permanently to help run the farm and take care of Mr. Simpson in the twilight of his years. Bert Gray bought the farm and his family continued to care for Mr. Simpson there. This was an ideal arrangement – Mr. Simpson got to live out his days on his family land, and to see it prosper again as the Pleasant Hill Farm.

Bert Gray was born in 1856 in Sedgwick on a farm there. Later, he became a quarryman, and that is what originally brought him to Sullivan, with his wife Eleanor Mary (“Nellie”) and four children in tow: Sarah, Abbie, Joel, and Linwood. Farming life suited Bert much better, and the kids all helped out. Sadly, in 1907, their son Joel died there at the age of 22 from tuberculosis.

A sawmill was in use for many years there, and the present marshy area used to be a much fuller pond before the road was filled in. The Pleasant Hill Farm was located a little over a mile up the Franklin Road and still encompasses a great area of land. The old farmhouse still stands, and a family cemetery is there as well.

Old Mr. Simpson passed away in 1915, and Bert continued to run the farm until his own passing in 1936. The farm was passed down to his son Linwood who lived there with his wife, eventually becoming a successful merchant. The Grays were a musical family, with a pianist, opera singer, and composer among them, and performances were common at the house.

On a still summer’s night, with the sound of tree frogs and nighthawks in the air, one can almost imagine the faint sound of music emanating from the old farm on the hill and down into the surrounding woods.

Do you have any old photos or memories of the Gray farm? We’d love to hear from you! 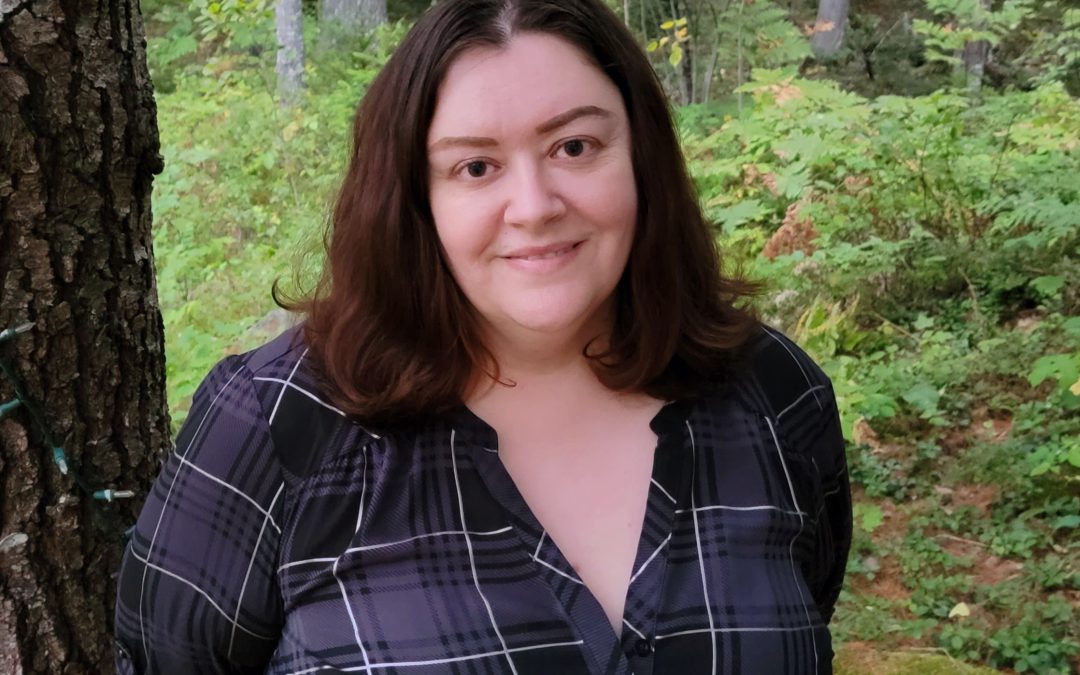 Welcome to Our New Communications Coordinator!

Tobey joined us in June as a summer intern where she set her considerable skills to digitizing more of our valuable documents.

Starting in September she will manage our internet presence, primarily our website and Facebook page, and continue our popular History Hour presentations in the winter.  She will also coordinate getting our annual newsletter sent out and periodic articles for the Sullivan and Sorrento monthly newsletters.

She brings extensive experience in media management and online development and communications, as well as genealogy, research, and museum experience. The history of Downeast Maine is one of her great passions and the focus of her studies as a full-time student at the University of Maine.

In addition to her work with us, she volunteers regularly with other nonprofits. We’re lucky she could fit us in! Tobey and her family live in Sullivan where her two children will attend the new middle school/high school.

This is a baby step for the Sullivan-Sorrento Historical Society, which has been a 100% volunteer effort up to this point. From generous donations and bequests we have a small investment fund with the Maine Community Foundation that allows us to fund this new position for six hours a week. 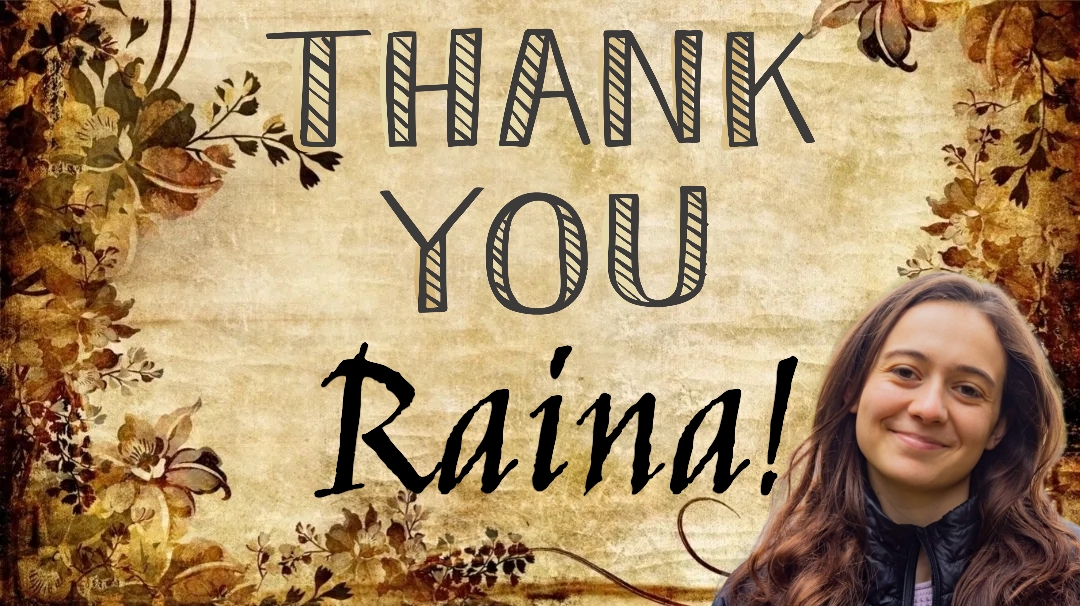 To Raina Sciocchetti, our Island Institute Fellow who has been with us two years! Raina leaves
us this month with a historical society improved beyond what we ever expected when she
arrived.

She looked under the hood of our very out-of-date website and attacked it with
mysterious technological thingies like “search engine optimization” and “parallax
scrolling.” Its new, fresh design is attractive, useful, and best of all – easy to use!
She created a monthly online “History Hour” for winter evenings when a virtual
gathering and information-sharing perked us all up. The speakers gave us new insights
into Sullivan and Sorrento’s past and the comments during and after told us this new
program was a hit!

Over months of hard work, she transformed our jumbled collection of Sullivan and
Sorrento’s history from stacks of mystery boxes and piles of unrelated papers to a well
organized, well labeled system. She found treasures we didn’t know we had! Now we
can locate things much easier and care for them properly.

She rejuvenated our museum! She muscled big display cases into tight corners,
sometimes with help, and filled them with treasures that had been out of sight for twenty
or more years. New labels, more lighting. She made us shine!

And so much more.

Raina’s skills and hard work over two years – during a pandemic – gives Sullivan and Sorrento a
great jumping-off place to plan for the future of the historical society.

Good luck to Raina as she moves to Boston where she will attend graduate school at Simmons
University for Library and Information Science with special studies in Archives Management.
We like to think we had a hand in her choice of specialty!

Raina is our guest speaker at the August 10 program, 7:00pm at the Sorrento Community Building about “Maggie’s Journal.” Also on that evening we will celebrate Raina and her work with a few words of thanks. There will be cake!!!

We hope you can join us for both the program and the celebration.