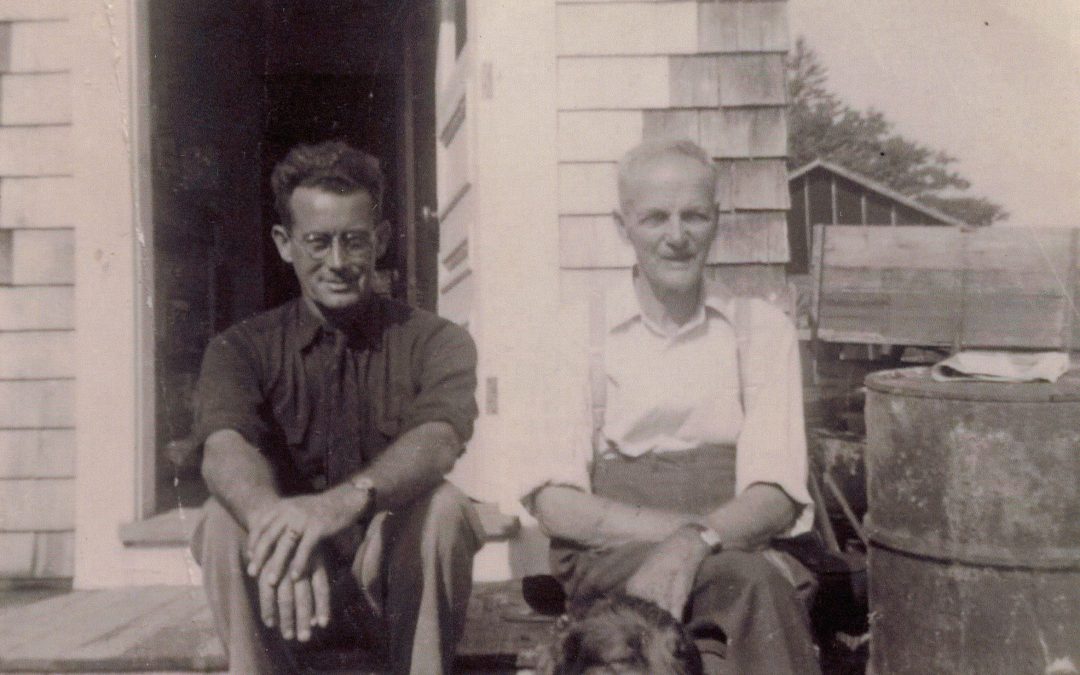 It’s impossible to think of buildings in Sorrento without thinking about Ed and Clif Hale. Between 1911 and 1971, two generations of Hales built the majority of the summer homes seen in Sorrento today.

Charles Edgar “Ed” Hale was born and raised in Brooksville and came to Sorrento in 1911. He began working for the Chafee family. Over the following 38 years, Ed Hale built over 25 houses, including the new Sorrento Grammar School (now the Community Building), and the Sumner Memorial High School gymnasium with Eddy Bragdon.

In 1949, Ed retired and turned the business over to his nephew Clifton K. Hale. Clif built at least 25 more houses, in addition to finishing the house on Doane’s Point for Mrs. Hughson that his uncle had started. Clif’s last house was an A-frame on Treasure Island for Carl and Terry Patten in 1971. Clif’s wife, Martha, supported the business as secretary and bookkeeper.

“They were an important part of that core of Sorrento, the people and the houses,” wrote Clif’s daughter, Thelma Hale White, in 2001. “As people, they took pride in their membership and involvement in the community; and their houses stand as reminders of their pride in workmanship.”

The compiled lists of houses built by Ed and Clif Hale are the work of Sturgis Haskins. Additional resources include “Torna a Sorrento, 1835 – 1973” by Lawrence Lewis and “Sorrento: A Well-Kept Secret” by Catherine O’Clair Herson. Ed Hale built this Colonial Revival for Gifford Ewing in 1929.

The Sorrento Grammar School, now the Community Center, was built by Ed Hale after the old High Head school burned in 1941.