The Paul Urann House is one of the earliest frame houses in the community.  SSHS is restoring this building to be used as an interactive educational tool for the community.

In February of 2012, the Sullivan-Sorrento Historical Society purchased the Paul Urann house on US Highway 1, Sullivan. Mr. Urann was an early settler in the area and the home he built (circa 1800) for his family sits on a portion of one of the original land grants in the township. The purchase was made for several reasons. The property was in foreclosure and there was interest in razing it in order to re-purpose the lot. The house has several features of historical significance. Much of the house remains original with little renovation over its lifetime. Most importantly, it is an opportunity for the Society to display and celebrate local history and remember a prominent early leader of the community.

The first year the membership and the community as a whole began the process of engaging community support, developing strategies, formulating specific plans, and establishing a fund raising campaign. Much was accomplished that first year:

In 2013 the major effort was to continue the restoration of the exterior, cleaning out and evaluating the interior for restoration, collecting items and furnishings for later use and more work on the grounds. The following projects were completed:

In 2014 we concentrated on smaller projects.  Some funds were collected and the following work was completed:

In 2015 & 2016, with help from DFF, we completed the exterior painting and began some interior restoration. During preparation work for the painting project, we discovered some sill damage and were able to better determine water damage to the front walls.

In 2017 major work on the project was deferred to acquire further funding.   Several work days were held at the house doing tasks to prepare for the work to be accomplished in this proposal.

The accompanying photos highlight the progress that has been made over the years and show the problems we are addressing with this proposal. SSHS is a small organization in two small towns with strong support from the total community for the project.  Click on any photo in the following gallery to enlarge and view the work in detail. 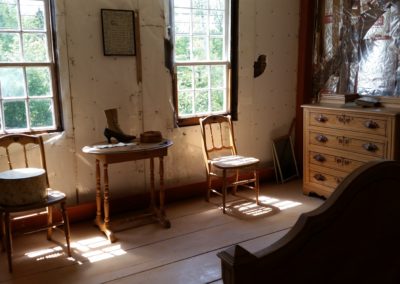 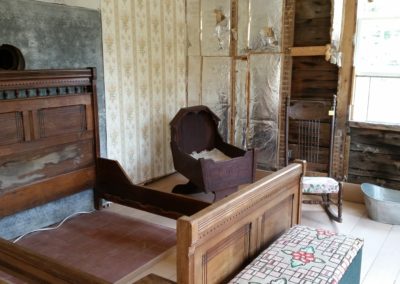 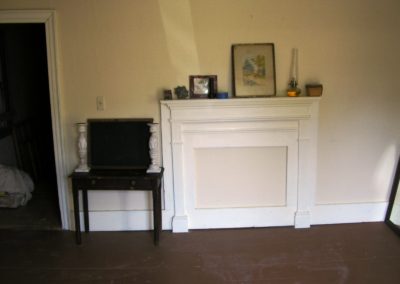 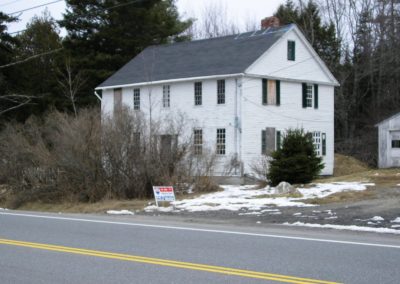 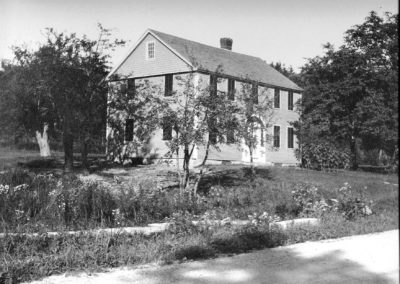 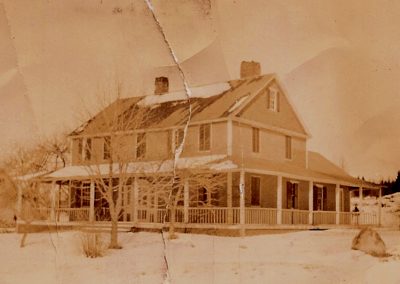 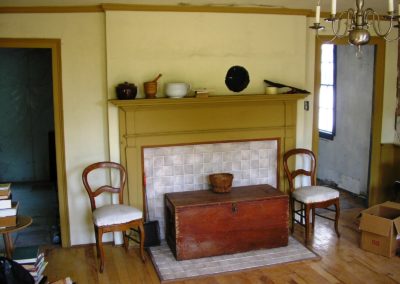 Some History and Notes on Paul Urann and the Paul Urann House, Sullivan

Even earlier, in 1803, but registered in Vol 14, p. 235, Benjamin York of Deer Isle sold Paul Urann, “…a tract of land” running …northside of Long Cove and bounded by a small brook adjoining said Uran’s land, running west northwest 26 rods, being one-half of the 52 rods formerly owned by York….”  This property sold for $130.00.

Samuel Urann, born December 11, 1799,  married first Abigail Wooster on December 30, 1822.  She was the daughter of William and Hannah (Bragdon) of Franklin .  In deeds Samuel is referred to as” Capt. Samuel Uran.”   He was master of the schooner  Seven Sisters,  in 1832, the Orion in 1852, and the E.W. Connor in 1857. The E.W. Connor was built in Sullivan Harbor. He and Abigail had seven children who lived, Benjamin Franklin, Maria Jane, Mary Louisa, Joseph H., Samuel Leonard, and Charles Edgar. Alanson, their son, died in April 21, 1832.  Abigail died on December 7, 1859, and is buried at York Hill Cemetery.  Samuel then married Mahala (Johnson) Preble, the widow of Ebenezer Preble, on September 7, 1860.

Apparently, he and Temperance had three children, one recorded incorrectly in the 1870 Census as Hattie.  They were:

2.  Maria Jane (Jane), born August 23, 1826, married John Upton Hill July 7, 1853.  They lived next door to her father. He is listed in census information as a farmer, and later as a duty collector.  They had one daughter, Lizzie, born June 27, 1855.  She later married Charles Allen, an “engineer”.  Lizzie Allen died January 9, 1895, and is buried at York Hill. Her husband Charles, who married Belle Wilson after her death, is also buried there. Lizzie and Charles had one daughter, Ruth, born November 27, 1892.  She married Elwood Wilbur of Sorrento, her fifth cousin, son of Linley Wilbur and Grace Maud Urann, daughter of Morton and Chestina Urann on September 7, 1920.  Elwood, an engineer for Standard Oil, was known to be living with Ruth in Seattle, Washington in 1921. Ruth and Elwood had a child, Carl A. Wilbur, born in 1923 in Turkey, and a daughter, Dorothy, born in 1902. Dorothy married Alexander Steel, a merchant.  They lived in Glen Spey, Steep Falls, New York, until their deaths.  Dorothy died in 1978.  The Steels had one daughter, Laura, who died in childhood.  In 1880, George, a son of Jane’s brother Joseph was living in the Hill household also.  Jane Urann Hill died on December 21,1887, in Sullivan.  She is buried in the Urann lot in York Hill. Elwood Wilbur died in 1978 in a community in Sullivan County, New York in 1978.

Carry/Carrie  (Caroline) Phosa White married William E. Crocker of Salem on October 16, 1884.  They had three children, all of whom were born in Yarmouth, MA.  They were:

6)  Georgianna, born on April 28 in 1839 married George Chilcott Lynam in Salem, Massachusetts on December 17, 1872. He was the son of William and Hannah (Tracey), and was born in Eden.  They lived in Sullivan Harbor, close to the Paul Urann house.  Georgianna (Georgia) died August 23, 1925. She is buried in the Urann lots in York Hill Cemetery.