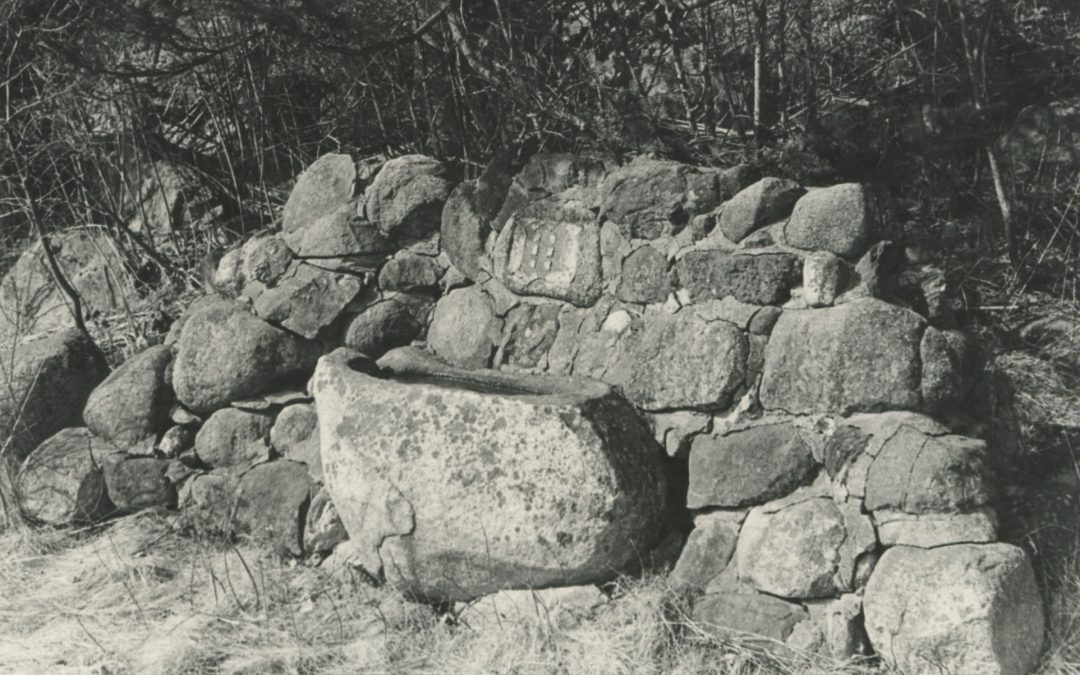 There was a time when watering troughs alongside the roadside were common and necessary services, providing water to thirsty animals. One such trough, situated on what is now Route 1 in Sullivan, was built by quarrymen from local granite.
In the early 1900s, a group of children in Sullivan who were learning about kindness to animals under the guidance of Helen Smith, editor of the Bar Harbor Times, formed the “The Band of Mercy.” The children especially loved Miss Smith’s pony, “Midget,” who pulled her carriage to the ferry to Bar Harbor. When she wasn’t serving as transportation, Midget received loving attention from the “Band,” who fed and took care of her back at the Smith’s barn. When Midget died, the children decided to raise funds to place a commemorative plaque on the watering trough frequented by Midget and other horses. The children picked and sold blueberries at seven cents a quart to purchase the copper plaque honoring Midget. Although the plaque disappeared some years ago, the watering trough remains today.
* ** How to find the Band of Mercy Watering Trough – If you are heading east on Route 1, the trough is two tenths of a mile past the Town Office. Look for the Edgewater Cabins sign on the right, and the trough is just beyond the sign on the left side of the road.***
Band of Mercy | children | horses | watering trough