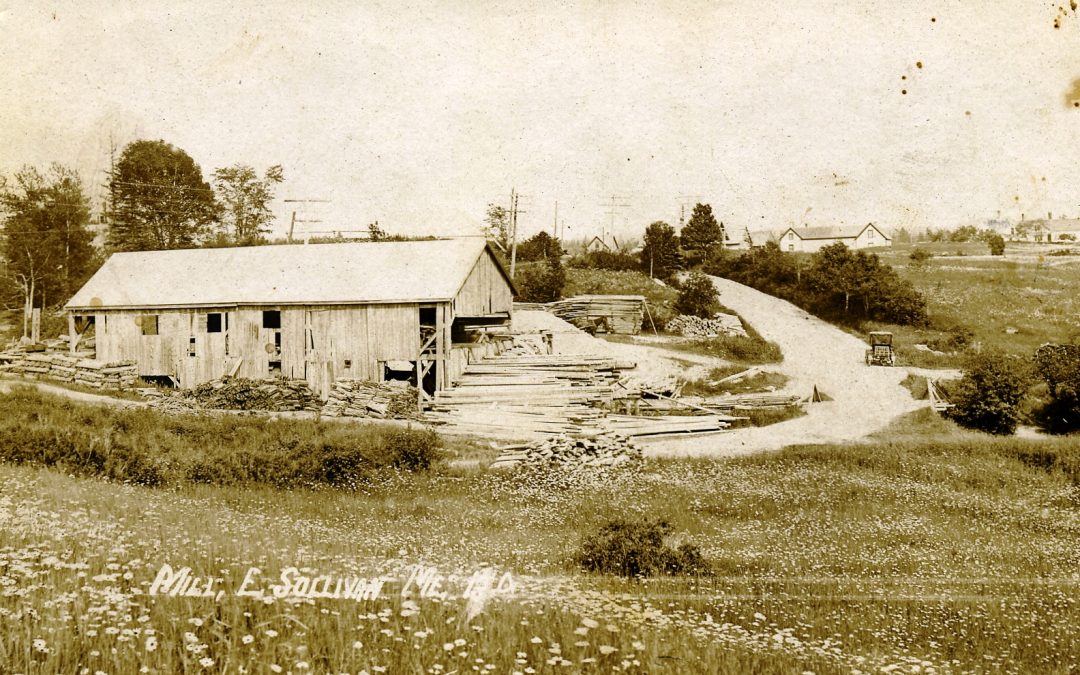 The First Sawmill in Sullivan

In 1822, Samuel and James, both in their seventies, signed affidavits as to the persons and history of the mill (Registry of Deeds, Bk. 43, page 319). In James’s affidavit, he states that he “came to Sullivan in the year 1763, and know(s) that the saw mill on Flanders Stream in Sullivan was built in 1766 by (my father) John Bean, Samuel Bean Jabes, Paul and Josiah Simpson, and Daniel Sullivan, proprietors claiming under a grant from the Province of Massachusetts.”

Samuel’s testimony reveals that the mill was rebuilt in 1783, and again in 1799. His property, in 1803, lay to the west of Flanders Stream.. The depositions were taken as requested by Ebenezer Bragdon, James Bragdon, Joshua Dyer, Ephraim Dyer, Stephen Johnson, Benjamin Johnson, John Bragdon and Jotham Bragdon,”… to be preserved in perpetual remembrance of the thing.”