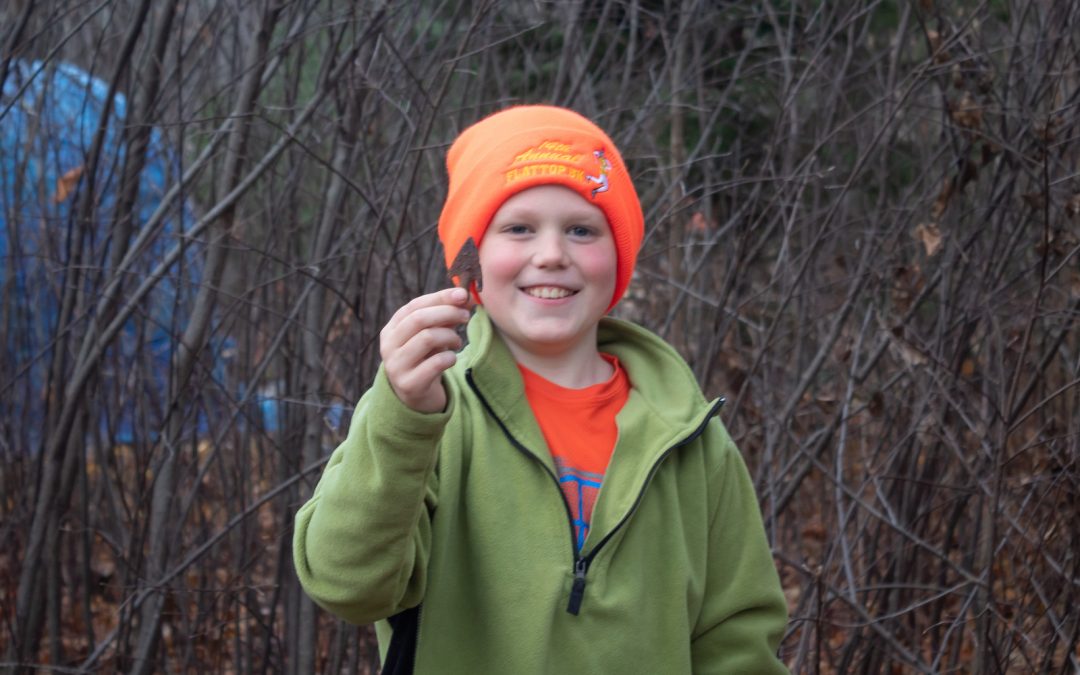 Seamus Schunk, 10, first spotted something unusual and distinctly metallic protruding from the ground in his backyard in April. He returned with a spade and started to dig, finding an old metal arrowhead. He quickly realized that there was an outline in stones on the ground and explored the whole area.

Over the following weeks, Seamus uncovered an assortment of artifacts, including parts to a cast-iron stove, an oil lamp, ball hitch, and various tools. One day, he used a metal detector, noted where it signaled, and unearthed more treasures! Upon making the discovery, Seamus recalls rushing into the house with excitement; his parents, who had been making dinner, went outside expecting just a couple pieces of rusted metal—but they were quite surprised at the things he had found!

For Seamus, who homeschools, the archaeology project became a big unit study. He and his parents, Tim and Brandi, worked to identify the artifacts through communication with the historical society and their own research. When Seamus unearthed a nearly intact glass bead necklace, they concentrated on learning more about glass bead necklaces, looking for the time period that they were made and most fashionable. On some items, they found names and inscriptions that led them to businesses to investigate for further context.

Seamus uncovered the vast majority of the artifacts within one area roughly 6 feet by 8 feet wide, and when he discovered a complete glass inkwell, he had to wonder: why would someone throw that out? If there had been a structure there, the wide selection of tools and various pieces of melted metal and charred wood suggest the possibility of a shed that burned down.

As Seamus and his parents dove deeper into the history of the place, they added the information that they could find about the property and its prior owners to the puzzle. Documents show that their house was either built in 1830 or 1880, depending on which digit is an error. From their neighbors, they learned that their house may have once been combined with a second house on the foundation of what is now a third house—and an early owner of the parcel may have run the quarry—before the houses split, moved, and settled where they are now.

For Seamus, the best part of the project is the joy of discovering new pieces. He spent all of his free time digging until fire ants took over the area in full force, and he says that he plans to start again as long as the ants aren’t there come spring. Further research about the property may be able to uncover a more complete picture of the people who lived there centuries before. In the meantime, the story behind the artifacts remains a mystery—and a reminder to keep our eyes open to other stories that may be lurking right under our noses just waiting to be uncovered.

If you are looking to uncover your own pieces of local history, the Sullivan-Sorrento Historical Society is here to help. We are currently open by appointment only, and you can reach us at (207) 422-0995 or info@sullivansorrentohistory.org.