Sullivan Ghosts and Other Stories 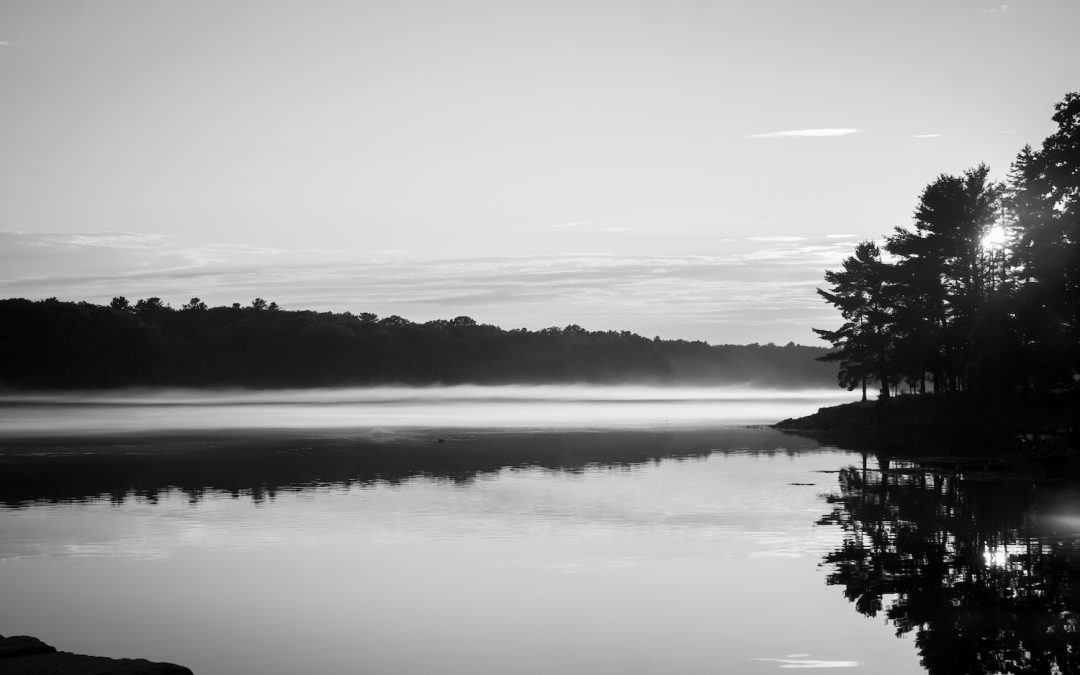 In the winter of 1799, residents of Sullivan, Maine witnessed a very strange thing. A disembodied voice emerged from the cellar of Abner Blaisdell’s house on the rocky shores of Taunton Bay and announced itself to be the spirit of Nelly Butler, a young woman who had died a few years prior. Over the following months, the ghost of Nelly Butler appeared and spoke to over a hundred witnesses. The specter orchestrated a marriage, predicted a death, and brought chaos upon the small town.

The legend of Nelly Butler is widely recognized as the first recorded and documented ghost story in American history. After the spiritual encounters culminated on one fateful night in August of 1800—the specter led a crowd of nearly 50 people to the house of a vocal disbeliever—local legends and folklore continued to manifest. From the spirit of an old tinker haunting the old Stone Store to an attic filled with ghosts above the Even Exchange, Sullivan’s past is full of mysteries that may never be solved. Miss Preble had one of the first pianos in Sullivan and played it often. When she died, her house was left to a cousin coming up from Saco. In the meantime, Miss Preble’s house and belongings were left untouched.

As Aunt Nebbie Havey recalled to Samuel Scovill Jr., the conversation went something like this:

“That ol’ lady, she be of a deafness extraordinaire,” he says.

“What did she look like?” goes on Dave, feeling kind of sick.

“She have ze white hair an’ wear ze white mantilla on her head, an’ she have a kind face, but very sad,” says the peddler.

After the other man had left, Dave mustered all his strength and walked up on Miss Preble’s porch and peered through the window. Nothing looked unusual, except one thing: the piano, which had been closed ever since Miss Preble died, was wide open.

Source: Sullivan and Sorrento Since 1760 by Lelia Clark Johnson, 1953. The dialogue comes from Samuel Scovill Jr.’s essay, “The Preble Piano,” which first appeared in The Atlantic Monthly, May 1930, and is included in Johnson’s book. Standing at the heart of Sullivan Harbor, the old Stone Store was constructed from local granite perhaps as many as two-hundred years ago. The Stone Store was first home to a salt store for fishermen, then to the headquarters of a shipyard, later to an antique shop, and now, some say, to the ghost of “Cling Clang,” a man shrouded in mystery who came to Sullivan many years ago.

The man known as “Cling Clang” arrived in Sullivan on a ship from England. Exactly how and why Cling Clang, or John Cling, as he was also known, came ashore in Sullivan remained a subject of much speculation, and the peculiarity of the newcomer only started there. Cling Clang roamed the countryside on stilts, dressed in discarded salt bags. He made his living repairing watches and clocks for people along the coast from Bar Harbor to Calais. He carried a salt bag filled with tools for his work and an array of tin pots and utensils for cooking. Using two long poles, Cling Clang travelled with large leaps and bounds, swinging easily over fences and ditches. With each jump Cling made, the resulting “Clang” was so loud that it was said you could hear him coming from half a mile away. In the winter, Cling Clang lived in an overturned boat behind the Stone Store.

Cling Clang was strange and mysterious, and everyone speculated on his past. Rumors circulated that he was the most wanted man in England—he was of noble birth, he had murdered his sweetheart, or both. He talked sensibly, sometimes sarcastically, and never complained about the cold, nor allowed himself any comforts. Many wondered if he was practicing self-denials as some penance for a crime. Cling Clang endured through many winters, but one cold February, he was found frozen to death underneath his boat.

In the 1980s, long after Cling Clang, strange things began to happen around the Stone Store. Gail and Jim Stamp, owners of the antique shop there, spoke publicly about ghosts in the building. The doorbell rang, but no one was there. Lights would come on. Portraits disappeared. Guests were awakened in the night to the sounds of footsteps and breathing. Alone in the living quarters above the store one night, Gail heard a noise in the stairway and made out the gray form of a man, who froze, then headed down the stairs. Gail had no doubt of the ghost’s identity. It was Cling Clang. 3. The Spirit of the Black’s Woods

Although not quite in Sullivan, the spirit of the Black’s Woods Road running between the towns of Franklin and Cherryfield is worthy of a mention. According to local legend, the specter of a young woman who was decapitated in an automobile accident stalks the road at night. Those who pass and see her spirit must stop and offer her a ride, or they may die soon afterward.

The stories of Catherine’s demise and wayward spirit vary greatly. Many accounts tell of a young woman and her boyfriend traveling back from prom in the 1970s when their car hit a tree. Other versions are set in the 1960s, the 1950s, the 1920s, and even the 1800s, when Catherine died in Black’s Woods on her wedding night when the stagecoach lost control and crashed in a sudden, strange fog.

In one tale, a man encounters the headless figure on the side of the road. He speeds past in terror only to look in his rearview mirror and see the ghost in his backseat, then crashes the car and dies. Other encounters tell of travelers stopping to give the ghostly woman a lift, only to find she has vanished from the car moments later.

Variations aside, most stories of encounters with Catherine’s spirit over the years tell a similar tale: a young woman in a gown, sometimes headless and sometimes not, haunts the road by Catherine’s Hill. As the legend goes, if she asks for a ride, be careful not to refuse. The ghost of Nelly Butler is one of the most famous ghosts in America. It all began in 1799, when a voice emerged from Abner Blaisdell’s cellar, claiming to be Nelly Butler, who had died three years before after giving birth.

In the first phase of haunting, the specter sought to orchestrate the marriage between Nelly Butler’s widower, Captain George Butler, and Abner Blaisdell’s 15-year-old daughter, Lydia. George Butler was then 29 years old. While instances of women marrying as young as fifteen or sixteen were not uncommon, there was great opposition to the match, especially from Abner Blaisdell. Eventually, the spirit had its way, and the marriage took place on Butler’s Point in May of 1800. The next day, the apparition returned to predict that Lydia would die in childbirth; ten months later, Lydia, then sixteen years old, bore one child and died.

The second phase of haunting occurred in August of 1800 with more remarkable encounters. The apparition directly summoned outspoken critics, spoke on religious subjects to crowds of people, and led forty-eight community members for over a mile through the night of August 13-14, 1800. Most accounts of the ghost abruptly disappeared after this event.

The story of Nelly Butler left confusion and controversy in its wake. Over one hundred people witnessed the apparition. Abraham Cummings, a traveling evangelist, collected 37 eyewitness testimonies and recorded all meetings and accounts, including his own. 5. Ghosts in the Even Exchange

When the Martins bought the Even Exchange, an antique and used furniture business housed in the old Hanna Bros’ General Store building on the corner of Route 1 and Tunk Lake Road, there was one problem with the apartment above the store. It had a ghost.

It all started when Beatrice Martin and a friend came up to spend the summer in the apartment. One night, they heard the door crash open, and heavy, booted footsteps cross the floor of the attic. After this resumed for three nights in a row, Beatrice and her friends tried to exorcise the ghost with the help of a spiritualist from Franklin, but the ghost continued to trouble them all summer long. Books fell off the table. Footprints appeared under the bed. One visitor felt her feet swept out from under her and almost fell down the stairs.

As the store had been built in the 1890s, the Martins heard numerous stories about what had happened in the apartment over the years. Some said that there had been a fight upstairs: one man stabbed another man, who later died of his wounds. They heard that the building had many spirits—that it functioned as a sort of commune for spirits, even—and there was one very angry spirit tormenting everybody. For the most part, the activity ceased in following years, but every once in a while, another strange occurrence would signify that at least one of the ghosts had returned.

After the Martins completely remodeled the apartment, nothing unusual happened again.

Source: “Spirits in the Rocks: The Even Exchange, East Sullivan,” Clamdiggers and Downeast Country Stores by Allan Lockyer, 1993.

Falls Point – According to local lore, the ghost of old Josiah Simpson haunts Falls Point. Some nights, you might hear him down there sawing wood.

The Emery House – In the old John Urann house, later belonging to the Emery family, it has been said that a ghost used to walk down the stairs at midnight, always stopping for a couple breaths on the thirteenth step. As the story goes, the Uranns were used to it, and thought nothing of it at all.

Source: Sullivan and Sorrento Since 1760 by Lelia Clark Johnson, 1953.

For additional reading, consider: Dark Woods, Chill Waters: Ghost Tales from Down East Maine by Marcus LiBrizzi. This collection of chilling ghost tales from Down East includes the Nelly Butler Hauntings of Sullivan and the spirit of Black’s Woods, among many others.

These stories were written by Raina Sciocchetti, Island Institute Fellow at the Sullivan-Sorrento Historical Society. Sources of information used for each story are included above.