“This is a Robbery”: Notorious Art Thief Got His Start in Sullivan 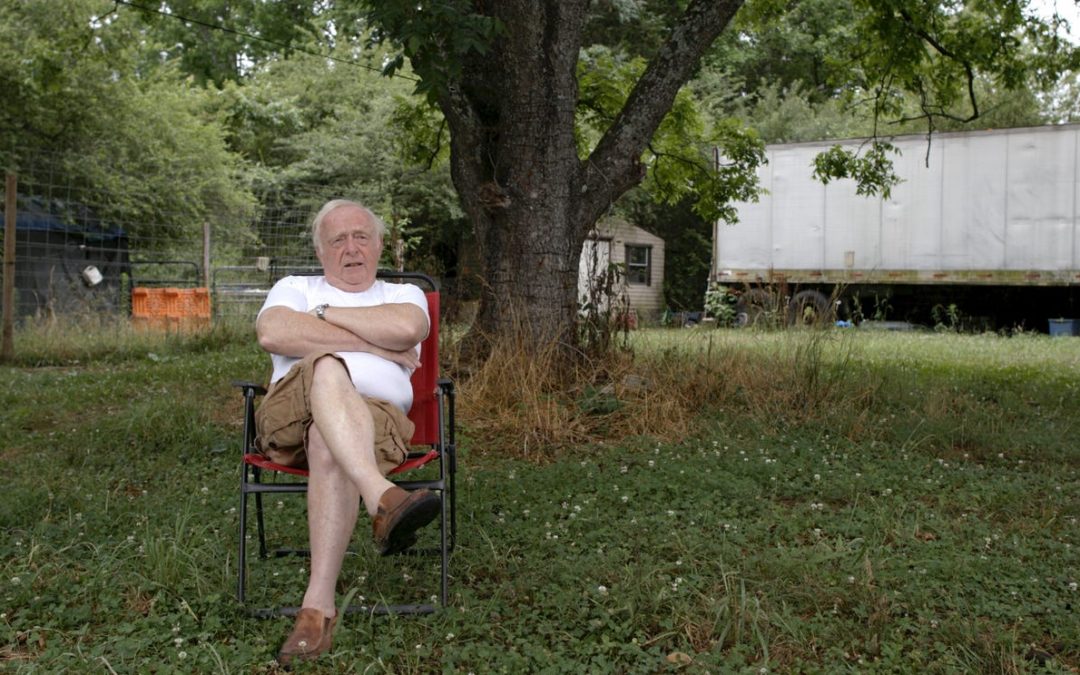 Over fifty years ago, Myles Connor Jr., rock ‘n’ roll singer turned legendary outlaw and suspect in one of the largest art heists of all time, made his first big move in Sullivan, Maine.

It was July of 1965, and Connor was visiting family in Sullivan where he had spent many summers growing up. While eating dinner at his granduncle’s house, Connor heard his relatives talking about an elderly lady who had died, leaving everything to children she had apparently despised. Connor had begun to develop an interest in art and antiques, and he went to the dead woman’s house to take a look. He was carrying a grandfather clock out to his car when sheriff’s Deputy Hank Hosking pulled into the driveway. After a confrontation in which Connor fired a couple shots at the deputy, who also worked as a janitor at Sumner Memorial High School, Connor drove off only to be apprehended a short distance away on Route 1 and taken to the Hancock County Jail in Ellsworth.

Back in Massachusetts, Connor had left his apartment full of high-quality antiques, including a silver plate made by Paul Revere that had been stolen from Harvard University’s Peabody Museum. Connor has said that he felt that it was highly important that he get back to Massachusetts quickly as he was concerned that people he knew would help themselves to the antiques while he was held up in Maine. With Connor desperate to escape, his small scuffle in Sullivan turned into the site of his first major criminal incident—one that involved breaking out of jail with a gun carved out of soap and blackened with shoe polish, hiding for two days in the attic of the Ellsworth Public Library, and a manhunt throughout the town of Hancock. Myles Connor is brought into a Dedham courthouse on July 9, 1985. Netflix.

Myles J. Connor Jr. grew up in Milton, Massachusetts, the son of Myles Joseph Connor, a police officer, and Lucy Johnson Connor. Connor’s maternal grandfather was from Sullivan, and Connor has said that as a child he spent almost every summer visiting family in Sullivan. The Connors often stayed in the Johnson cottage just east of Tunk Lake Road.

A budding young musician, Connor gained attention in the early 1960s as the leader of a Boston-area rock band called Myles and the Wild Ones. His daring jailbreak in 1965 at the age of 22 was just the beginning of a long career of law-breaking. Over the years, Connor has been accused of theft, assault, drug trafficking, shooting a police officer, and murdering two Boston women, the last of which he was ultimately acquitted. In 2010, he published a memoir, The Art of the Heist: Confessions of a Master Thief, which tells an unapologetic story of his life of crime.

Lately, Connor was featured in This is a Robbery, a four-part documentary series that premiered on Netflix on April 7, 2021 and centers around the infamous 1990 burglary at Boston’s Isabella Stewart Gardner Museum. The series breaks down the heist in which art collectively worth $500 million went missing, including works by Rembrandt, Manet, and Vermeer. The art remains missing 31 years later, and no one was ever arrested for the crime.

Although Connor was in prison for drug trafficking at the time of the robbery, the FBI considered him a prime suspect. Connor has claimed in various interviews and published works that he was involved in the planning of the heist but that it was carried out by associates of his who have now since died. He is also said to have phoned the police himself after the Gardner robbery to claim that he had nothing to do with it. The Connors often stayed in the Johnson cottage just east of Tunk Lake Road in East Sullivan. The cottage was built in 1925 by Clarissa (Johnson) Sutherland as a summer camp for children on the land of her parents, Herbert & Lelia (Clark) Johnson. Herbert Johnson’s nephew, Charles Johnson, was Myles Connor Jr.’s grandfather. The cottage still stands today. Sullivan-Sorrento Historical Society.

Over his lifetime, Connor has spent over two decades in prison and says he has been part of over 30 art heists, including many that authorities know very little about. In one of his most famous heists, Connor stole and then returned the Boston Museum of Fine Art’s Rembrandt in exchange for a lighter prison sentence. In This is a Robbery, Connor’s defense attorney, Martin Leppo, says that stealing from the Isabella Stewart Gardner Museum was always on Connor’s “bucket list.”

“Depends on who you ask but, in general, I’m known as an art thief,” Connor shares in the series. “And, some people consider me the biggest art thief in this country because I’ve robbed a number of museums. But, then again, I was a rock and roll guy.”

You can watch This is a Robbery: The World’s Biggest Art Heist on Netflix.